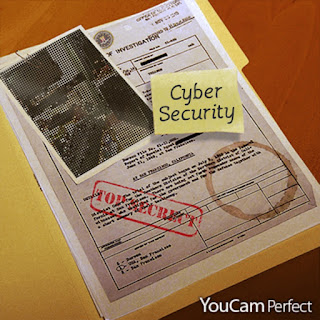 Started in computing in 1971. Has a picture with some BBC computers working at ITN on security when the internet was first developed in 1974. On feed from Reuters and other agencies. He would type election results in to news graphics generator.

One point of concern is sticking someone else's USB stick, a known way malware can be introduced.

Companies can be fined 20m euros or 4% of global revenue for negligence of data protection responsibility.

*Password protect my own data - BitLocker for SSD storage device. - Bitlocker Encryption on Windows 10 stopped the slave drive being used to repair Windows after a BIOS setting change from a backup image I had made, so I was able to head back to the BIOS and correct the setting without losing my install.

Industrial Control System
Every component is vulnerable now as it has a microprocessor.


Talk at the Guild 15th Feb 2018
Lisa Forte
Susan Thompson
Paul Mutton from Netcraft
"No one uses Opera unless they are checking for vulnerabilities not found in any other browsers." - Usually uses Firefox for testing.

July 13, 2017
Camden Crescent at the centre of the image, just above Hedgemead Park viewed from Prior Park Landscape Gardens Here are my thoughts: Did you know that Camden Crescent, originally Camden Place and Upper Camden Place (which is now round the corner) was named after the Earl of Camden, Charles Pratt, who was Chancellor of the Exchequer so sponsored the scheme with his symbol on every door and crest of the exchequer on the decoration at the centre of the crescent? Charles Pratt was actually lord of Camden Place in Chislehurst in Kent. He was mates with William Pitt the Elder from Eton and Cambridge days. It was built 1788-1792 by John Eveleigh the architect.  One third of the 22 house crescent collapsed during a landslip which claimed 136 houses on the slopes of Lansdown Hill leading to the creation of Hedgemead Park below Camden Crescent. John Eveleigh was notoriously bankrupted in Bath, being called to the coffee shop in the Bath Chronicle by his creditors. Earl Camden was famous
Post a Comment
Read more