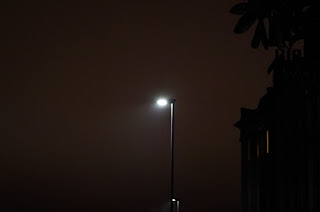 Sun is an ordinary star. Gives us life.

Light colour of distant galaxies tells us about physics of stars. Such as Doppler shift and whether stars are new bright blue stars or old dying red stars.

Cro magnon man drew cave paintings of constellation. Such as Taurus the bull or Orion with a planet crossing it's path leading to a new feature.

Stellar mass black holes a few miles across 300 times mass of our sun collapse at the end of their lives.

Shadow of a black hole. Detecting a black hole: detect mass falling in to black hole such as stars and gas and their movements due to the gravity.

Spinning disc of light acts like a lens turning light beam passing through it into a laser. Black hole evidence. The water is moving at great speed so that the light beam gets red shifted by 500m/s on one side and emitted as laser beam while on the other side it is blue shifted by 500m/s and there is gain in the system through the energy added by the gravity of the core and other energy gained from system and we can detect this from Earth.

GRB (Gamma Ray Burst) afterglow allows a detection as light fades away over days after gamma ray burst. This is a powerful tool as we detect energy of entire sun over its whole life in a few seconds.

GRB robotic followup as it is such a fleeting event and easily missed by casual observer.

Shrimp has 2 bit low light imaging in its eyes which is a great basic detection set up for astronomy!

Invited to do PhD when she interviewed for masters and is now head of physics at University of Bath.

July 13, 2017
Camden Crescent at the centre of the image, just above Hedgemead Park viewed from Prior Park Landscape Gardens Here are my thoughts: Did you know that Camden Crescent, originally Camden Place and Upper Camden Place (which is now round the corner) was named after the Earl of Camden, Charles Pratt, who was Chancellor of the Exchequer so sponsored the scheme with his symbol on every door and crest of the exchequer on the decoration at the centre of the crescent? Charles Pratt was actually lord of Camden Place in Chislehurst in Kent. He was mates with William Pitt the Elder from Eton and Cambridge days. It was built 1788-1792 by John Eveleigh the architect.  One third of the 22 house crescent collapsed during a landslip which claimed 136 houses on the slopes of Lansdown Hill leading to the creation of Hedgemead Park below Camden Crescent. John Eveleigh was notoriously bankrupted in Bath, being called to the coffee shop in the Bath Chronicle by his creditors. Earl Camden was famous
Post a Comment
Read more